Kgarner was parked on a hill SE of Hastiere, about 1.5k out. He proved impervious to everything that hit him, while from his lofty position, he could dispatch everyone at ease. Seeing that the fate of Hast rested on the ability to control the hills, I attempted to dislodge him. This ultimately meant driving all the way from Dinant, to the north, flanking wide to the east, and coming up literally behind him. I approached as close to about 150m, and then fired. 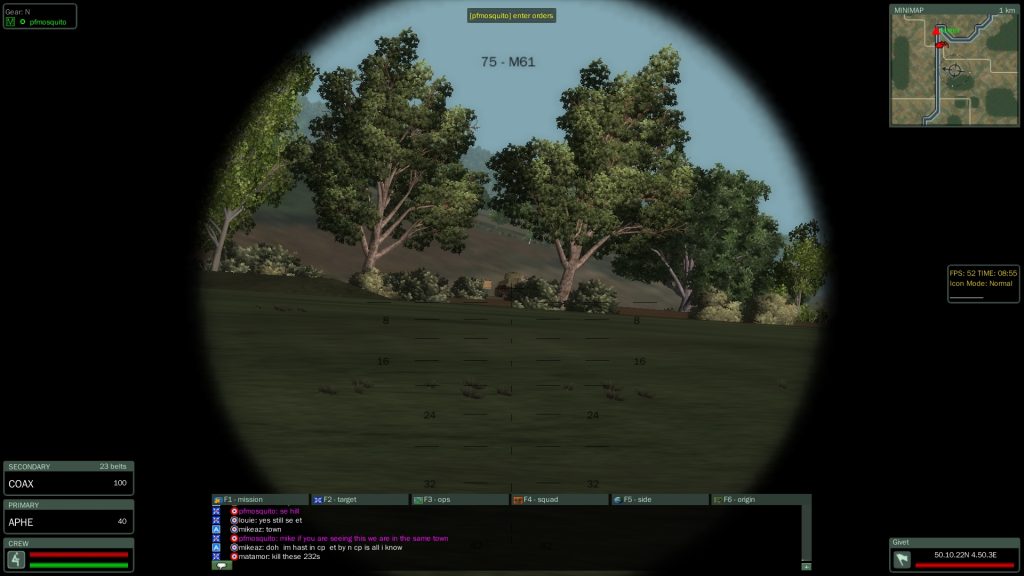 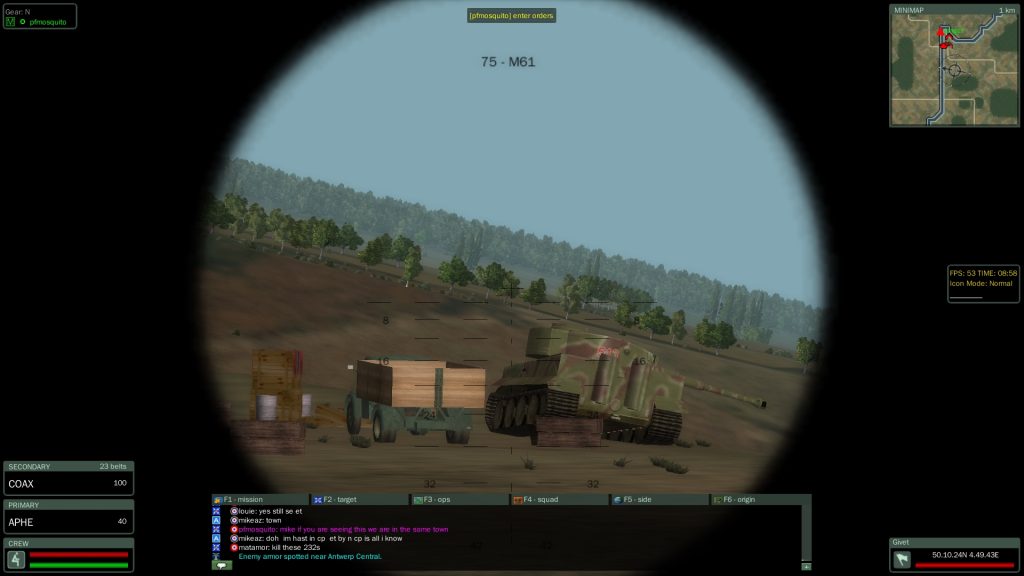 Astonishingly, after dealing devastation to him, and actually getting the kill, he turns and fires on me.  (I should have maybe killed all his ammo before engaging).  Sortie results show me getting the kill, with him killing me. 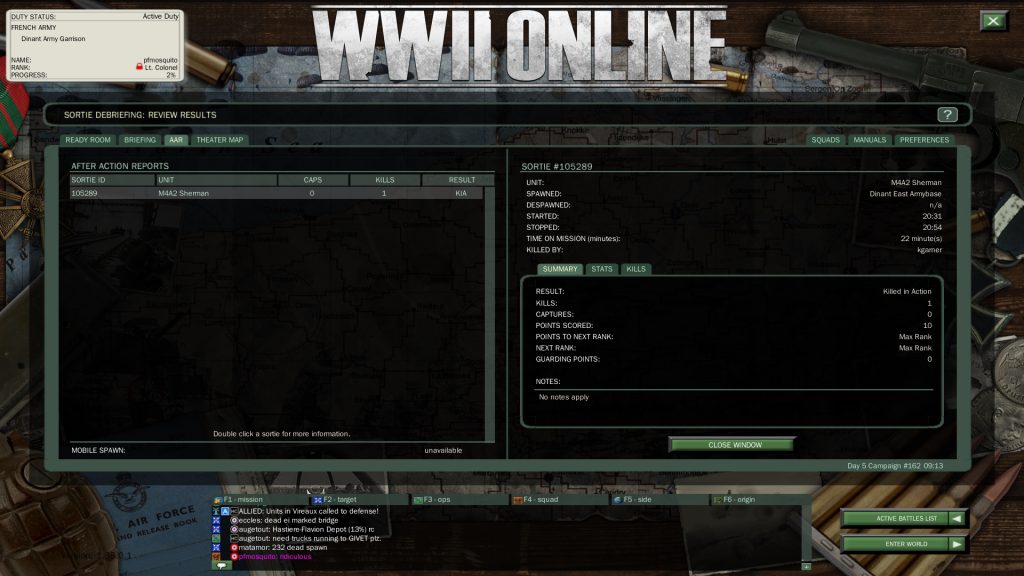 WELL.  I was not going to let THAT stand.  So I mounted up again from Dinant and did the same thing.  I approached more from the south this time, getting a clear shot at his tracks and the rear at an angle.  He already had his turret facing me.  This time, he was not caught unawares.  I used the crest of the hill and concealed my position by a bush, which I fired through until I saw a great explosion!  Unfortunately, as I drove up to gloat over his smoking body, I discovered that what had gone boom was not him, but the OPEL, which was obscured by the bush I was firing on him through.  Before I figured out what had happened, the one who went boom was ME.  The humiliation.

WELL.  I was not going to let THAT stand.   The return trip took longer for a variety of reasons, not to mention that this time there were other Tigers on the hills between him and I which I had to avoid.  I vowed to do what it took to have my revenge.  When I finally arrived, he was again expecting me.  I fired from a little further away, again from a slightly ‘hull down’ posture.  As he fired over my head, I re-positioned, and hit him again.  Then I displaced again, and hit him again.  Now there are JUs and 110s overhead.  I feared they had been called for help.  This diminished by ability to really close in for the kill.  I fired smoke into him to mask my movement from him, put in a few more shots, and displaced. When the smoke cleared this is what I saw: 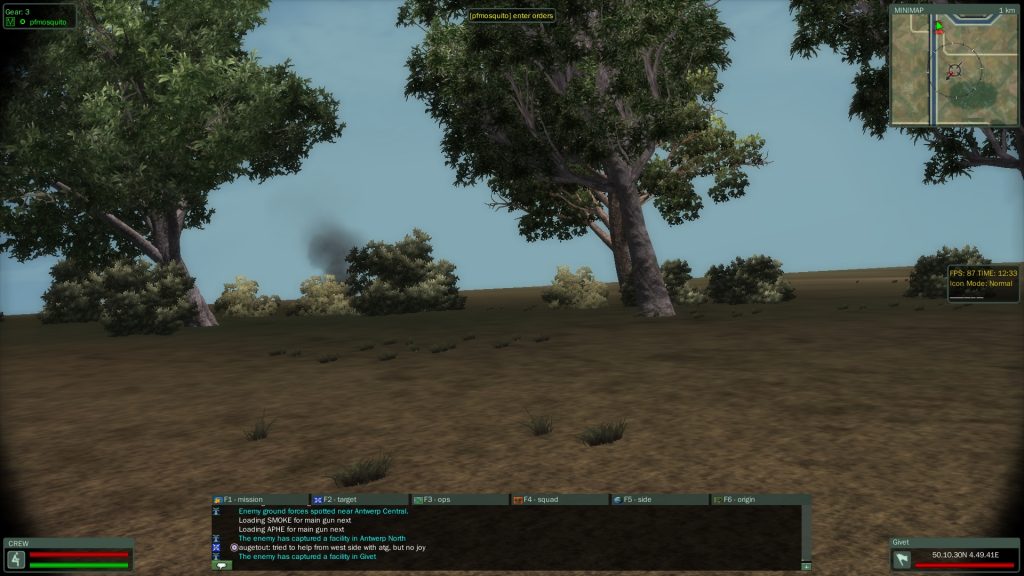 I crept up to him as delicately as I could, hugging what tree lines I could find, before finally verifying, and I mean VERIFYING, that he was dead.  THEN, I gloated over his carcass! 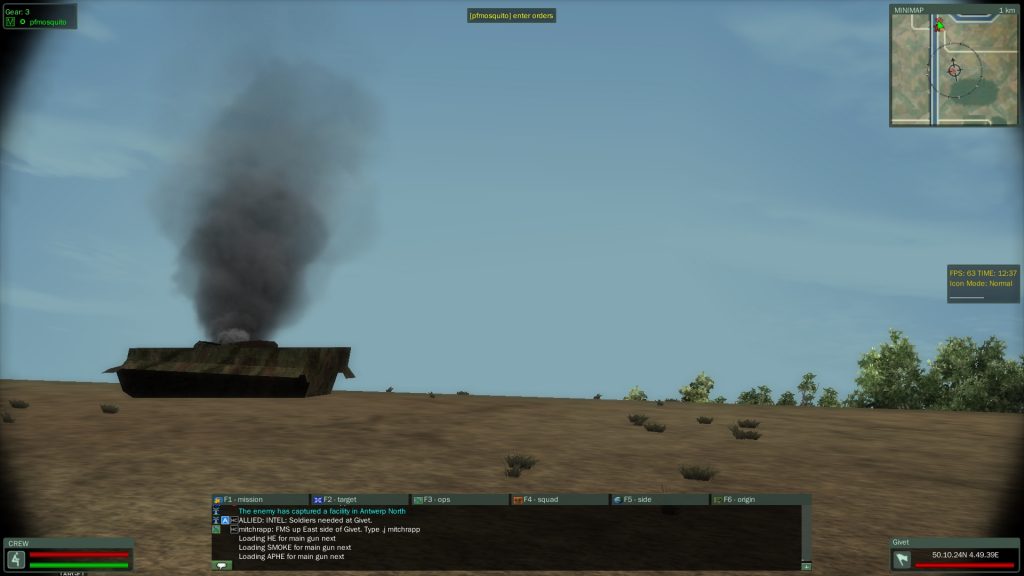 I couldn’t stay long due to the EA above, and plus there was still a battle going on for the last depot we held on the east side of the river.  There wasn’t time to spare, so I made haste to lend a hand there while it still mattered, and was bombed by a JU for my efforts.  However, although it took 2 hours to do it, my main objective was achieved:  kgarner was dead by my hand.

Below are the sortie results for your enjoyment. 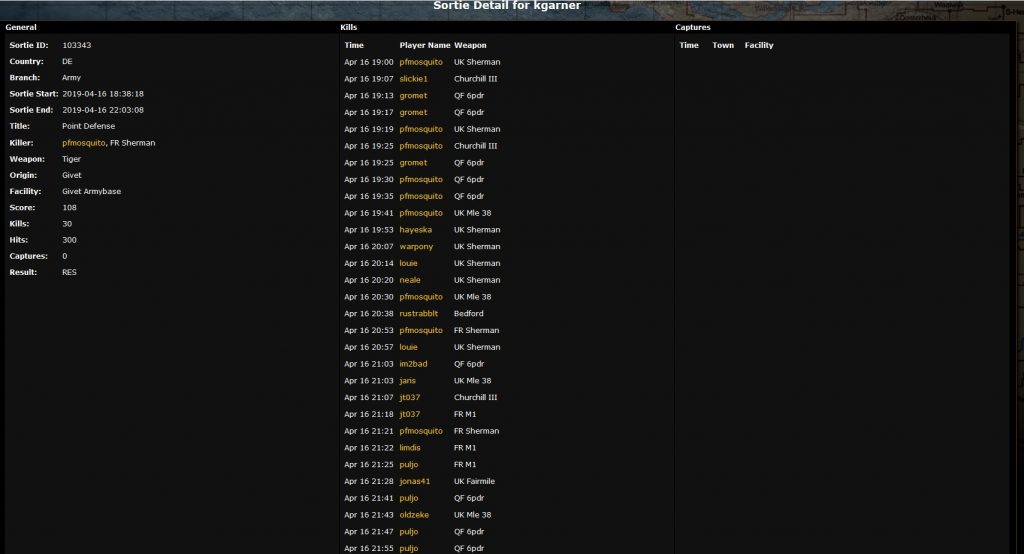